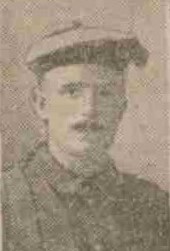 Mrs Aitken, 100 Victoria Road, Dundee, has received official intimation that her husband, Private William Aitken, of the Black Watch, has been missing since 25th September last.  Private Aitken enlisted in the Black Watch when he was 16 years of age.  After serving with the colours in India for seven years, he returned home about two years prior to the outbreak of war.  Being a reservist, Private Aitken was called up immediately on the commencement of hostilities.  The missing soldier had been on active service for about two years.

Can you tell us more about William Aitken'? Some additional facts, a small story handed down through the family or perhaps a picture or an heirloom you can share online. Contact our curator...