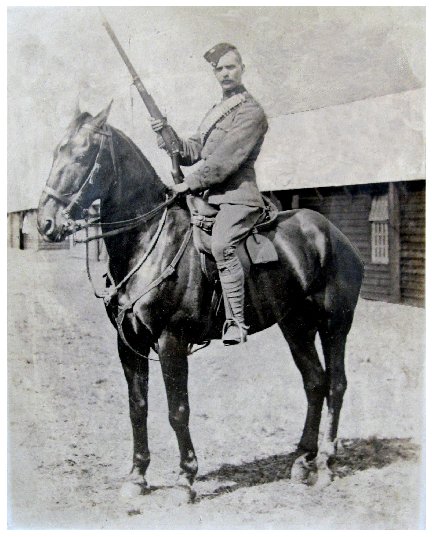 For more information on Alex, visit his Service Record

Sandy transferred to the 18th Hussars, Regiment of Light, cavalry unit, on October 1, 1898. Alexander was a member of the B. Squadron, serving under S. S. M. Winter during the Boer War from October 1899 to 31st May 1902. He was awarded the Queens Medal with clasps for Belfast, Orange Free State, and Talana; and the Kings Medal with clasps for the Defence of Ladysmith, and Laing’s Nek. Alexander transferred to the Canada-Northern Command, July 27, 1905; and was discharged September 13, 1907. During World War 1, Sandy served as a Sergeant in the 224th Canadian Forestry Battalion, C. E. F., stationed in England and France, from March 24, 1916-March 1919.

Employed in the stores department of the Teck Hughes Mine for seven years.

Alexander was a member of the Great War Veterans Association; and later the Canadian Legion, and a Freemason of Doric Lodge No. 623, Kirkland Lake.

Can you tell us more about Alexander Bowman'? Some additional facts, a small story handed down through the family or perhaps a picture or an heirloom you can share online. Contact our curator...