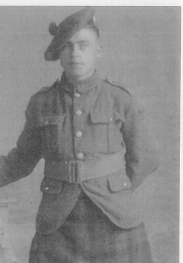 Private David Alexander, Seaforths (killed), was a son of Mr and Mrs James Alexander, 15a Atholl Street, Lochee.  He was 19 years of age, and was a calender worker in the employment of Messrs Don & Duncan, King’s Cross Works, Lochee.  His father, Private James Alexander, is also in the Seaforths, and is at present in hospital recovering from dysentery.

Can you tell us more about David Alexander'? Some additional facts, a small story handed down through the family or perhaps a picture or an heirloom you can share online. Contact our curator...