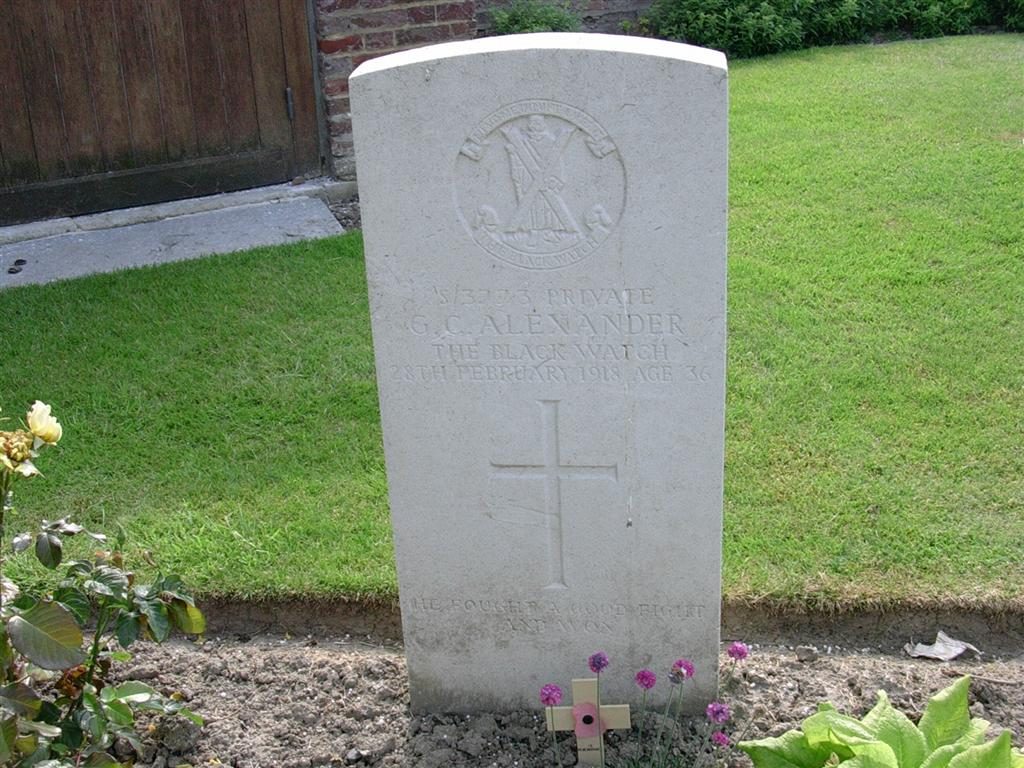 Private Gordon Alexander, The Black Watch, youngest son of Mr Fred. Alexander, New Wynd, Montrose, has died of wounds.  He joined up in 1914, and fought in France till November, 1915.  Wounded during the fighting on the Persian Gulf, he was invalided home after treatment in London, and rejoined his regiment on completing recovery.  Private Alexander was returning from the firing line to come home on furlough when he was wounded by an enemy shell.

Can you tell us more about Gordon Clark Alexander'? Some additional facts, a small story handed down through the family or perhaps a picture or an heirloom you can share online. Contact our curator...