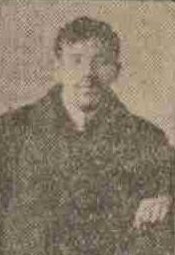 Charles was the brother of Driver Lawrence Anderson 18414, 51st Field Company Royal Engineers, who was killed in action 13.05.1915. Lawrence served under the name of LOW George.

SOLDIER WHO DIED OF WOUNDS.

HAS TWO BROTHERS AT THE FRONT.

Pte. Charles Anderson’s relatives, who live at 1 Milne’s East Wynd, have received the official intimation that he died on 28th March of wounds received in action—only this and nothing more.  When and how he was wounded they do not know.  Private Anderson was 26 years of age, and was employed as a bleacher at Balmossie Bleachfield by Messrs Watson and Shield.  He joined the “Forth” in September last.

Two of Private Anderson’s brothers are soldiers, and both are on the Continent.  Private James Anderson, 2nd Black Watch, is at present attached to the R.A.M.C. at Havre No. 9 Stationary Hospital, where he was removed suffering from frostbite.  On 23rd November he was slightly wounded, but made a quick recovery and was soon back in the firing line.  He is 38 years of age.

Can you tell us more about Charles Anderson'? Some additional facts, a small story handed down through the family or perhaps a picture or an heirloom you can share online. Contact our curator...