We need you to tell us more about the life and times of David G. Anderson 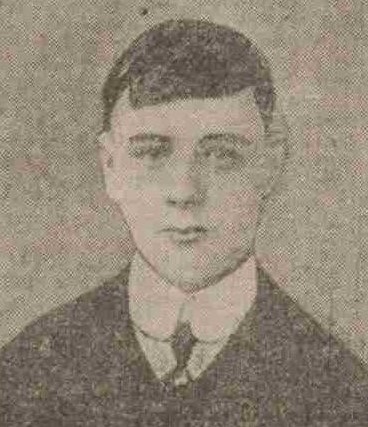 TO A BRAVE DUNDEE SOLDIER.

Mrs Anderson, 5 Hedge Road, Dundee, has suffered a double bereavement by the war.  In October, 1914, one of her sons, a reservist of the Black Watch, was killed in action, and now official information has been received that a younger son Private D. G. Anderson, of the Highland Light Infantry, fell in action on 6th June.

Private Anderson, who was 25 years of age, was attached to a trench mortar battery, and in a letter to the deceased soldier’s mother the Commanding Officer says :–“He died in such a manner as all good soldiers would wish to die, instantaneously and with his face to the foe manning his gun.  Your son was a favourite with both officers and men, and His Majesty was never served by a more loyal and faithful soldier.

“Personally, I feel his loss greatly, as he was one of my best gunners.”

Twenty-five years of age, Private Anderson enlisted shortly after his brother was killed.  He was previously employed as a carter at Cowdenbeath.

Can you tell us more about David G. Anderson'? Some additional facts, a small story handed down through the family or perhaps a picture or an heirloom you can share online. Contact our curator...