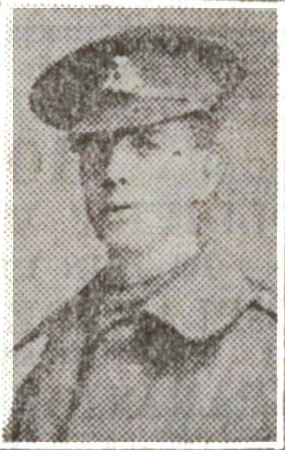 A letter has been received by Mr and Mrs William Anderson, 1 Wellington Street, Dundee, and late of 29 Reform Street, informing them of the death in action of their youngest son, Private Gavin William Anderson Black Watch.  The writer (Private Anderson’s officer) states :–“Your son was killed during heavy fighting in which the battalion took part, and his death was a glorious and a painless one.  In him we have lost a good and conscientious soldier, a brave young man who was full of promise.  His conduct was most noble under heavy shell-fire by enemy guns, and I feel that I express the sympathy of all the platoon members, who will miss him very much.”  Private Anderson, who was educated at Harris Academy, enlisted in the Scottish Horse in February, 1917, but was transferred to the Black Watch in April of this year.  Prior to enlisting he was in the office of the Buist Spinning Company, Dura Street, Dundee.  His brother has been in France for the past sixteen months.

Can you tell us more about Gavin William Anderson'? Some additional facts, a small story handed down through the family or perhaps a picture or an heirloom you can share online. Contact our curator...