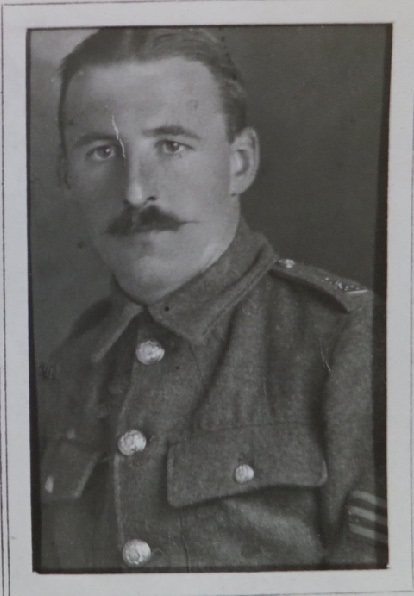 And Later Said to be a Prisoner, Is Still Unheard Of.

He was reported wounded on September 30, and was believed to be carried away by stretcher-bearers and passed through the casualty clearing station.

Mrs Anderson then received a postcard stating that he was taken prisoner on October 1st, and was at Limburg Camp, Germany.

Since then no news of the soldier has been received.  Mrs Anderson would be glad to hear from the stretcher-bearers who are reported to have carried him from the battlefield, or from the prisoner who wrote the postcard from Limburg, giving her any available information of her missing husband.

NOW REPORTED TO HAVE DIED OF WOUNDS.

Mrs Anderson, Bullionfield Cottage, Invergowrie, has been notified by the Military Mission of Berlin that her husband, Sergeant Hunter Jackson Anderson 10th Argyll and Southern Highlanders late of the 6th Black Watch, died of severe wounds in the German field hospital at Landracies on 9th October 1918.

Mrs Anderson was previously informed that her husband had been missing since 30th September, 1918, and, although she made every endeavour to find out what had become of him, it was only this week that she received the intimation that he had died.

Deceased was thirty-two years of age, and was a son of Mrs Anderson, Oak Place, Birnam.  He was mobilised with the 6th Black Watch at the outbreak of war, and after acting as an instructor in Norwich for some considerable time proceeded overseas at the beginning of 1918.  Prior to enlisting Sergeant Anderson was employed by Nicoll & Smibert Ltd., bakers and confectioners.  He is survived by a widow and five children.

Can you tell us more about Hunter Jackson Anderson'? Some additional facts, a small story handed down through the family or perhaps a picture or an heirloom you can share online. Contact our curator...