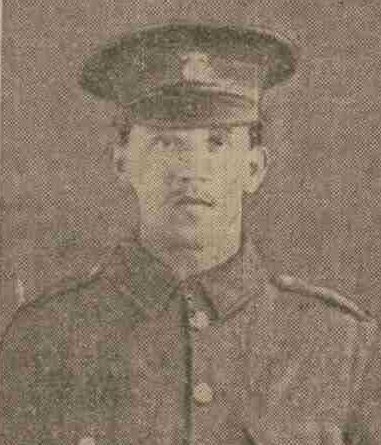 Intimation has been received of the death in action on 30th July of Private James Anderson, a Dundee man, who was in the Northumberland Fusiliers.  Deceased, who was 29 years of age, formerly resided at 100 Foundry Lane, and he was a son of Mr Douglas Anderson, 16 Crescent Lane.

Previous to enlistment he had been employed in Wallace Craigie Works (Messrs William Halley & Sons) for the lengthy period of seventeen years.

Private Anderson went on active service at the beginning of this year.  Subsequently he was placed for a time on the invalid list with trench feet, but returned to the front some six weeks prior to his falling in battle.

Can you tell us more about James Anderson'? Some additional facts, a small story handed down through the family or perhaps a picture or an heirloom you can share online. Contact our curator...