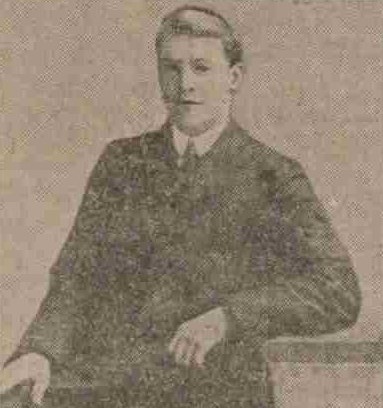 Lieutenant S. H. Steven, writing to Mrs Anderson on 9th inst., says:-“I regret to have to inform you of the fact that your husband was wounded this morning by a shell which burst in the trench where he was lying asleep.”

Sister H. M. Daly, No. 7 Casualty Clearing Station, writes next day as follows:–“I am very sorry to tell you of the death of Private Anderson, of the 4thBlack Watch,  He collapsed, I think owing to loss of blood, because he was only in our hospital a few hours.  He was wounded in both legs, the left hip, and the left arm.”

Private Anderson was 27 years of age.  He was a ship-plater, and was seven years with the Territorials.  Two or three years ago he severed his connection with the Black Watch in order to go to Austria, where he was for eighteen months.  Just before the war he was employed at Barrow-in-Furness, and was at home on holiday when hostilities opened.  He rejoined the Fourth in September last.  He is survived by his widow and a young child.

Can you tell us more about Robert Swan Anderson'? Some additional facts, a small story handed down through the family or perhaps a picture or an heirloom you can share online. Contact our curator...