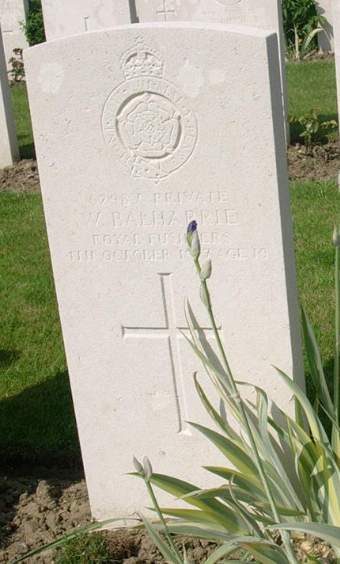 On Saturday 10th August 1918, the People’s Journal confirmed that Private William Balharrie was killed in action. He had previously been reported wounded and missing.

BALHARRIE―Previously reported wounded and missing since 4th October 1917, now reported killed in action on that date, Private William Balharrie, Royal Fusiliers, in his 20th year, only son of Alexander and Rose Balharrie, 36 Back Street, Dundee.

Can you tell us more about William Balharrie'? Some additional facts, a small story handed down through the family or perhaps a picture or an heirloom you can share online. Contact our curator...