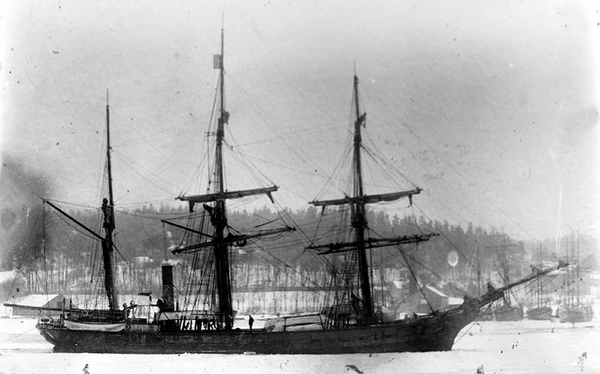 The S. S. Morning was a Dundee Whaling ship built in Norway in 1871. She was part of the 1911 British Antarctic expedition to search for the Discovery.  On December 29th,  1915 she foundered with all but two of her crew while carrying arms to Russia. Captain Smith and the second mate survived.

S.S. Morning  was a British cargo steamer of 452grt that foundered 50nm NE of the Faroes,  December 1915 when on route from Queenstown for Archangel.

Can you tell us more about James Bannerman'? Some additional facts, a small story handed down through the family or perhaps a picture or an heirloom you can share online. Contact our curator...