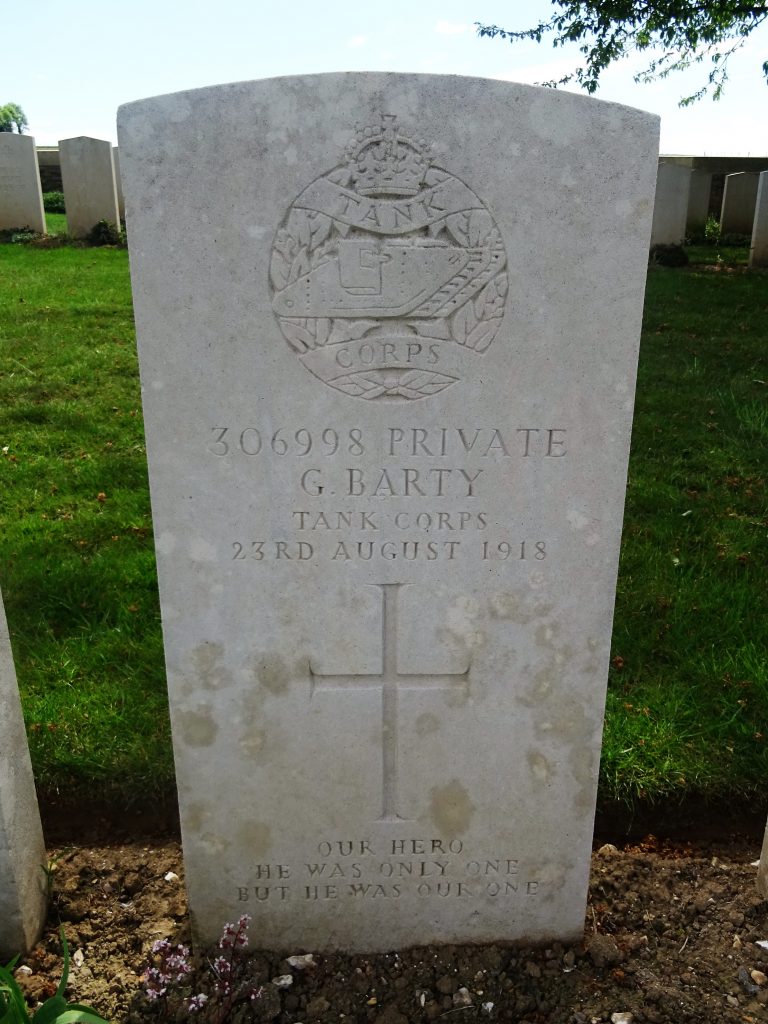 Word has been received by Mr and Mrs John Barty, 35 Hawkhill Dundee, that their son, Private John Barty, Tank Corps, died of wounds on 23d August.  In a letter of sympathy to deceased’s sister his captain states that Private Barty went into action on 8th August, and in the course of the engagement his crew commander was killed and Private Barty badly wounded and taken to a dressing station.  Private Barty enlisted in the Royal Engineers, and was transferred to the Tank Corps at the beginning of this year.  He was wounded on 8th August, and died a fortnight later.  Private Barty was 31 years of age, and unmarried.  Prior to joining up he was employed as a box and case maker with Messrs Langlands & M’Ainsh, Seagate.

Can you tell us more about George Barty'? Some additional facts, a small story handed down through the family or perhaps a picture or an heirloom you can share online. Contact our curator...