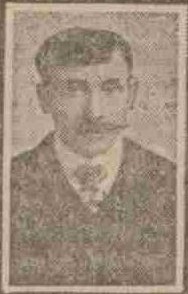 For reasons unknown Lawrence served under the name of GALLAGHER which was his paternal grandmothers maiden name.

There is a Lawrence Battles remembered on St. Patricks R.C. Church, Dundee Roll of Honour.

Private Lawrence Battles, of the Royal Irish Regiment, who resided at 3 Campbell Street, Lochee, has been killed in action.  Deceased had seen nine years’ previous service, since when he had worked as a labourer in the Wallace Foundry, Dundee.  He was 34 years of age, and leaves a widow and three young children.

Can you tell us more about Lawrence Battles'? Some additional facts, a small story handed down through the family or perhaps a picture or an heirloom you can share online. Contact our curator...