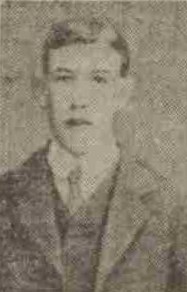 Official intimation has been received by Mrs Beaton, 10 Alexander Street, Dundee, that her son, Private William Beaton, 7th Seaforth Highlanders, has been killed in action.  Private Beaton enlisted in the Scottish Horse previous to the outbreak of war, but transferred to the Seaforth Highlanders in June last.  He was 21 years of age, and was employed as a labourer before donning the uniform.

Mrs Beaton’s other son, David, who was in Montreal when hostilities commenced, enlisted in the 16th Battalion Canadians, and is at present in training.

Intimation reached Dundee yesterday that Private William Beaton of the7th Seaforth Highlanders, has been killed in action on 20th December.  The communication states that Private Beaton was shot through the head by a sniper at Hill 60, and died within a quarter of an hour.  Private Beaton is a son of Mr and Mrs Beaton 10 Alexander Street.  He was in the Scottish Horse before war broke out, and later transferred to the Seaforth Highlanders.

William was the brother of Cpl David Beaton, 457761, 60th Battalion, Canadian Infantry. David actually enlisted in the 10th Battalion, before being transferred to the 60th. He survived the war.

Can you tell us more about William Beaton'? Some additional facts, a small story handed down through the family or perhaps a picture or an heirloom you can share online. Contact our curator...