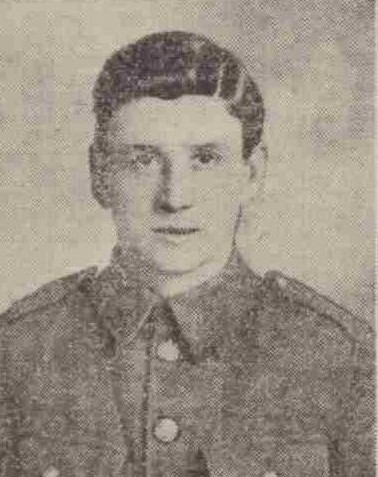 What is the fate of Private James Alexander Begg, 13th Royal Scots?  His mother, who resides at 57 Brook Street, Dundee, has received official intimation that he is wounded and missing.  A letter says he was seen proceeding towards his lines after he had been wounded on 26th September, but nothing further had been heard of him since.  He could not be traced in any of the hospitals.

Private Begg, who was 24 years of age, enlisted at the outbreak of war.  Previously he was employed by the North British Railway Company as a pointsman between Methil and Leven.  When he joined the colours he was residing in Leven.  His brother, Private Peter Begg, 4th Black Watch, was wounded on 9th May.

Mrs Begg or Reilly, 57 Brook Street, Dundee, has been officially notified by the War Office that her son, Private James Alexander Begg, Royal Scots, who was reported wounded and missing some time ago, is now taken as having been killed in action.

Private Begg, who was 25 years of age, was, prior to the outbreak of war, employed by the North British Railway Company as a pointsman on the railway between Methil and Leven, and he enlisted shortly after the commencement of hostilities.

The deceased private’s brother Peter was serving at the front with the Black Watch, but he was wounded, and has since been discharged.  Another brother, George, is at present serving in France.

Can you tell us more about James Alexander Begg'? Some additional facts, a small story handed down through the family or perhaps a picture or an heirloom you can share online. Contact our curator...