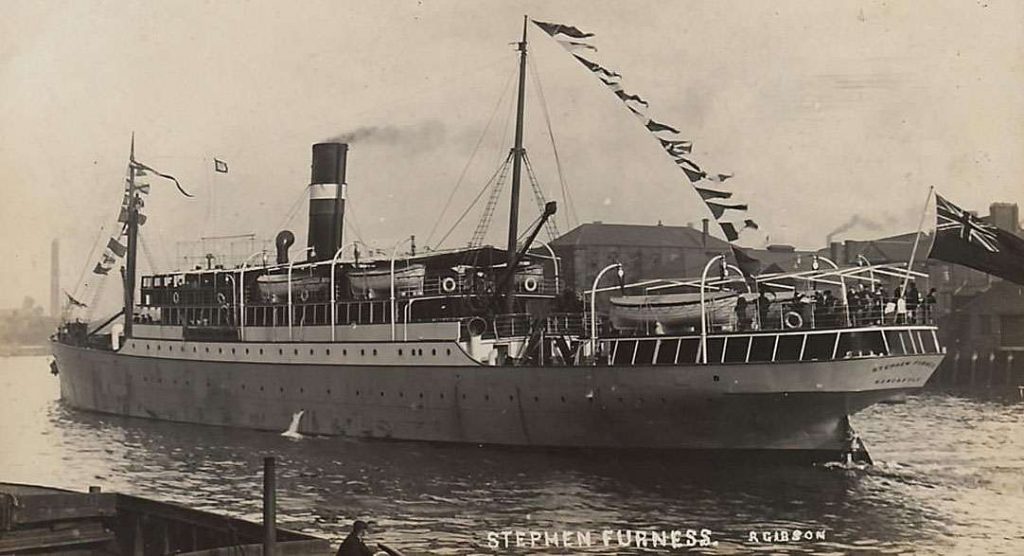 Andrew has no known grave but is remembered on the Plymouth Naval Memorial. He was serving aboard H.M.S. Stephen Furness which was requisitioned by the Admiralty for use as a Squadron Supply Ship (1915) and later as an Armed Boarding Steamer. She sank at 16:15 on 13 December, 1917 of the West Coast of the Isle of Man. The ship was enroute from Lerwick to Liverpool for repairs when she was struck by a torpedo from German Submarine UB-64.

Can you tell us more about Andrew Bell'? Some additional facts, a small story handed down through the family or perhaps a picture or an heirloom you can share online. Contact our curator...