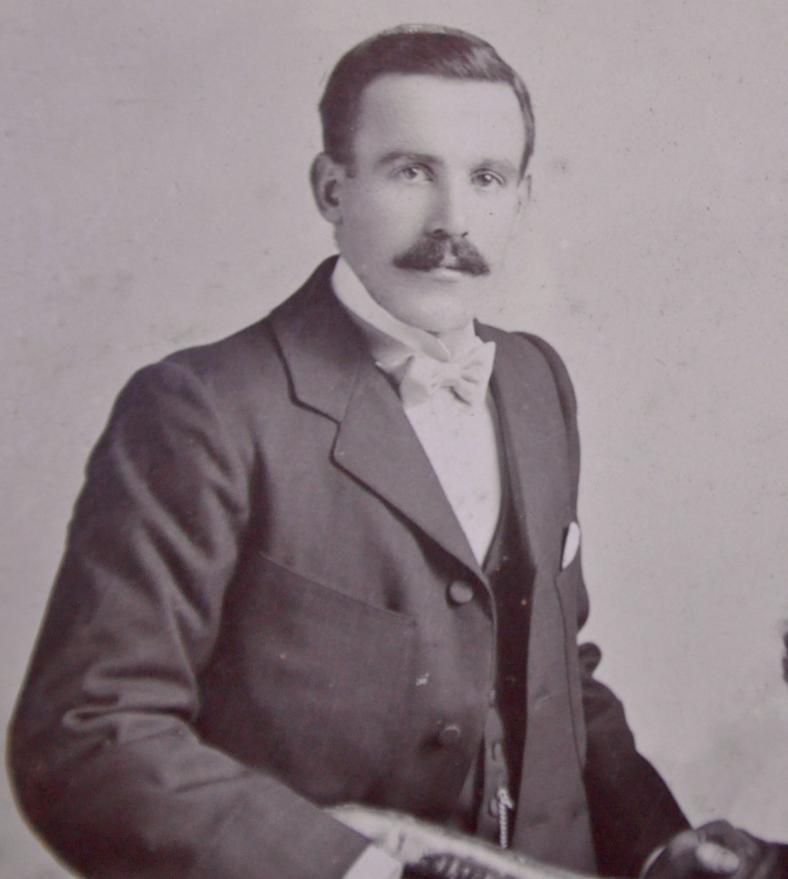 Gunner David Bell initially joined the North Scottish Royal Garrison Artillery territorial unit sometime after the 4th August 1914, receiving the service number 36626. Bell was sent to France in 1916 and was later transferred to the Royal Garrison Artillery in 1917 or 1918, receiving the service number 173584.  He was serving with the 19th Siege Battery unit when he was killed on 20th September 1918.

David was born in Dundee where he lived until 1903 when he moved to South Africa with his brother, Andrew, and his wife and family. David’s wife, Lily, was originally from Inverness and she moved to Dundee in the late 1890s to take up employment with Scotts of Dryburgh as children’s nurse. Lily followed David to South Africa and they were married in the Presbyterian Church in Port Elizabeth on 1st August 1904. Both families settled in the town of Uitenhage in the Eastern Cape, returning to the UK in 1907.

Can you tell us more about David Bell'? Some additional facts, a small story handed down through the family or perhaps a picture or an heirloom you can share online. Contact our curator...