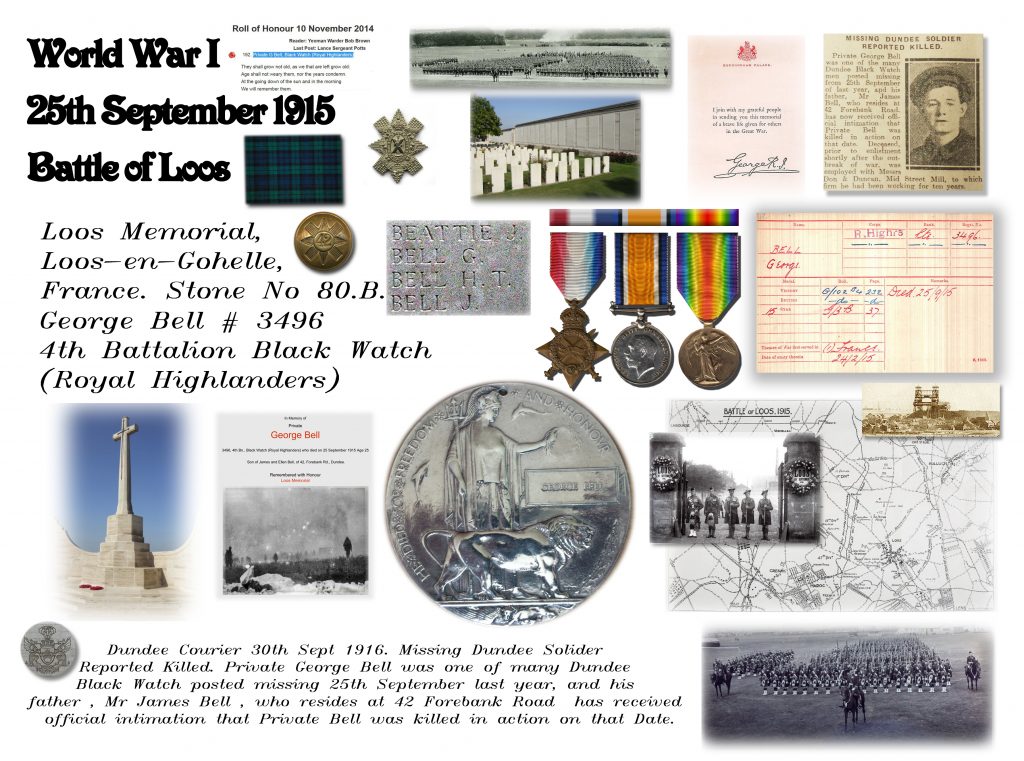 George has no known grave but is remembered on the Loos Memorial. He was raised by his fathers second wife Helen (Ellen) Mcgregor. His brother Richard also served with 4/5th Black Watch during the Great War, his other brother served as a Stoker in the Royal Navy.

Private George Bell was one of the many Dundee Black Watch men posted missing from 25th September of last year, and his father, Mr James Bell, who resides at 42 Forebank Road, has now received official intimation that Private Bell was killed in action on that date.  Deceased, prior to enlistment shortly after the outbreak of war, was employed with Messrs  Don & Duncan,  Mid Street Mill, to which firm he had been working for ten years.

Can you tell us more about George Bell'? Some additional facts, a small story handed down through the family or perhaps a picture or an heirloom you can share online. Contact our curator...