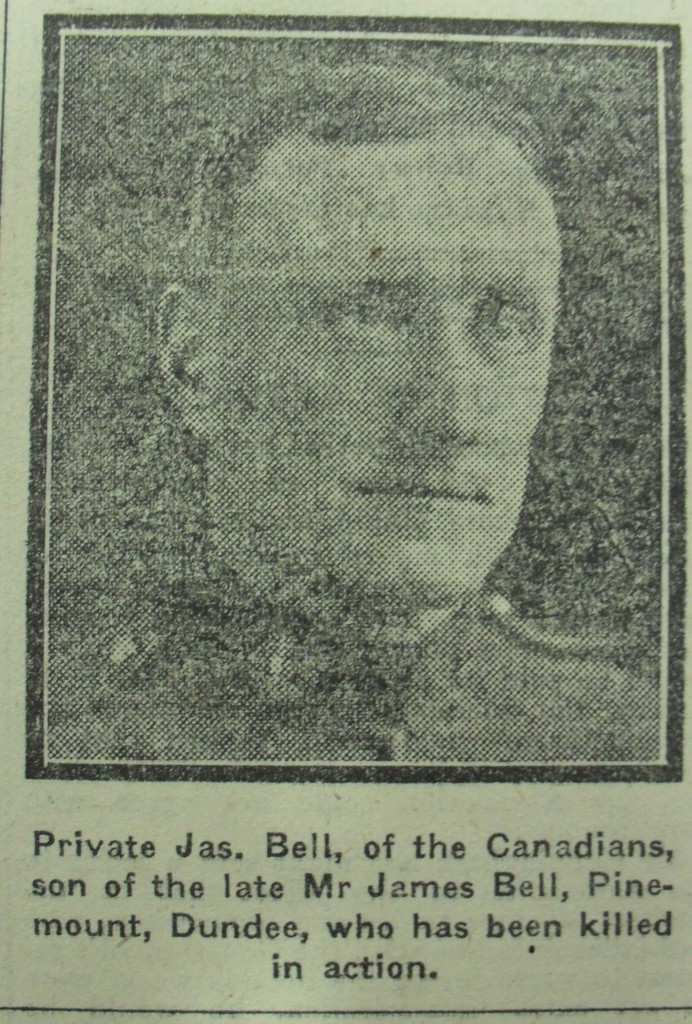 James was the brother of 2nd Lieutenant William Bell, 5th Battalion Black Watch, who was killed in action 03.05.1917.

DUNDEE CANADIAN FALLS IN ACTION. SON OF A FORMER DUNDEE PUBLIC MAN. Yesterday intimation reached Dundee that Private James Bell, of the 49th Canadian Regiment, had been killed in action.
Private Bell, who was 31 years of age, was the third son of the late ex-Lord Dean of Guild James Bell, timber merchant, Dundee, and a brother of Mr Robert Bell, Pinemount, Dundee. He was educated at the High School, Dundee, and proceeded to the North of Scotland for the purpose of receiving instruction in the rudiments of farming. About ten years ago Private Bell went to Canada, and took a farm in Alberta. On the outbreak of war Private Bell joined the Canadian Expeditionary Force, and he had been about two months at the front. He was killed on Sunday last. The Courier, Thursday, 27 July 1916, 4.

Can you tell us more about James Bell'? Some additional facts, a small story handed down through the family or perhaps a picture or an heirloom you can share online. Contact our curator...