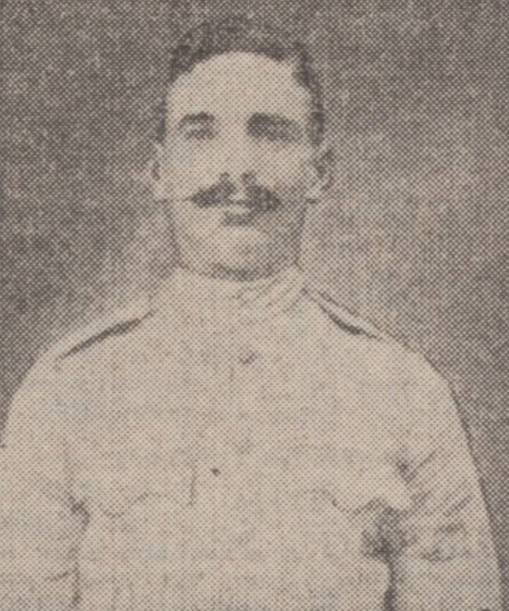 KILLED BY MACHINE-GUN FIRE. A Dundee non-commissioned officer, who was only married at the end of last year, has been killed in action. Mrs Benson, 54 Blackness Road, Dundee, has received official intimation that her husband, Lance-Corporal James Benson, 1st Black Watch, has fallen in action. A letter from a comrade states that he was killed by a German machine gun. Deceased, who was 28 years of age, was married in November last while home on a short furlough after recuperating from wounds. Lance-Corporal Benson, who had served seven years in the army, came from India, where he had been stationed for over five years, to France with his battalion at the outbreak of hostilities. Deceased’s brother, Private Peter Benson, 2d Black Watch, who resides in Rosebank Street, Dundee, is at present recovering from wounds in a Glasgow hospital. The Courier, Thursday, 4 November 1915, 4.

Can you tell us more about James Benson'? Some additional facts, a small story handed down through the family or perhaps a picture or an heirloom you can share online. Contact our curator...