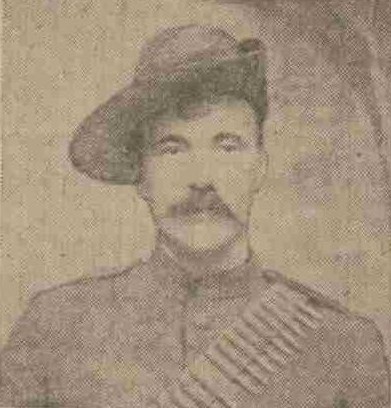 Private George Benvie, who is reported to have been killed on the 25th of last month.

On returning to civilian life Private Benvie was employed by the North British Railway Company at the Dundee East Station.  He enlisted about a year ago, and was only 25 days at the front when he was killed.  A brother has been missing since the 14th of September, 1914, and is presumed to be dead.  The two soldiers were the sons of Mr and Mrs Thomas Benvie, 38 Kemback Street, Dundee.

Can you tell us more about George Benvie'? Some additional facts, a small story handed down through the family or perhaps a picture or an heirloom you can share online. Contact our curator...