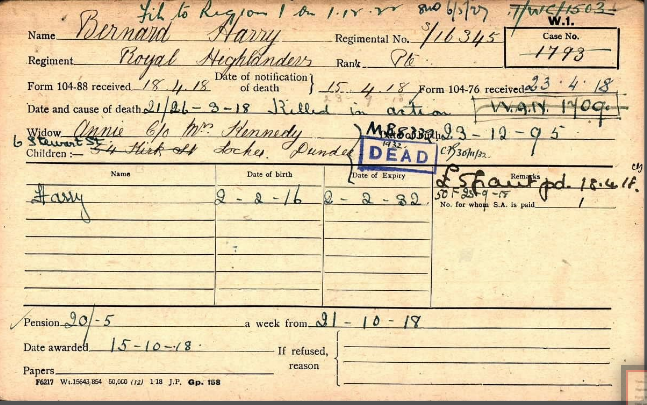 Harry has no known grave but is remembered on the Arras Memorial.

Private Allan Paterson, Black Watch, Cupar, writes from hospital on 24th inst. that the shell that struck him killed Private Harry Bernard of the same regiment.

Private Bernard is the youngest son of Mr Bernard, hairdresser, Ladywood, Cupar.  Mr Bernard had already lost a son in the war, and another son is a prisoner of war.

Can you tell us more about Harry Bernard'? Some additional facts, a small story handed down through the family or perhaps a picture or an heirloom you can share online. Contact our curator...