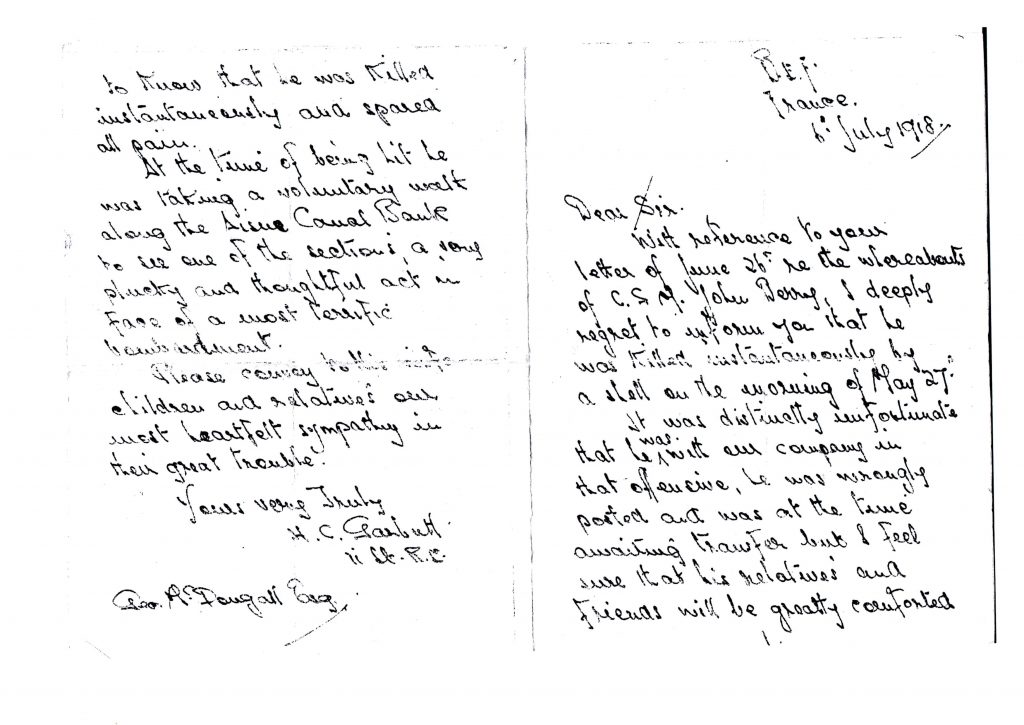 Company Sergeant Major John Berry trained men in Colchester during the First World War before going to the Front himself. A letter from Lieutenant Garbutt explained to the family that John had been wrongly posted, but went out into the fray regardless. He was killed on May 27th 1918 at the beginning of the Third Battle of the Aisne.

Berry left behind a wife, 3 daughters and a son, all under five. Frances, born January 1919, was the result of his last leave and, sadly, he did not get to meet her before he died.

Can you tell us more about John Berry'? Some additional facts, a small story handed down through the family or perhaps a picture or an heirloom you can share online. Contact our curator...