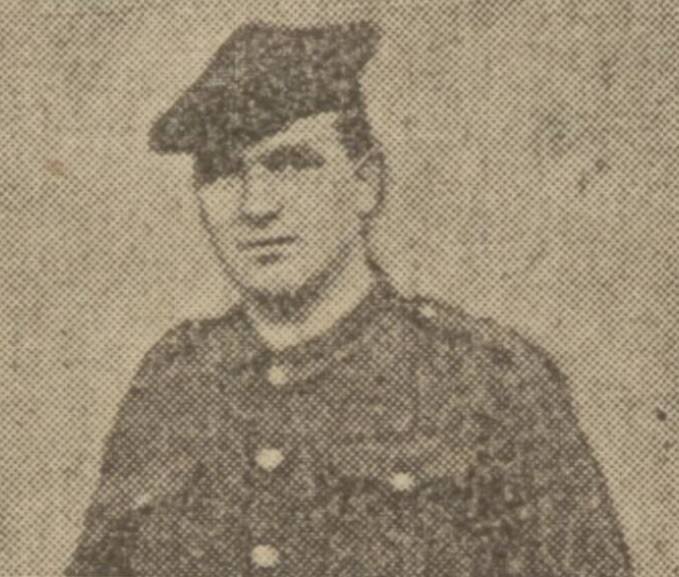 Frank has no known grave but is remembered on the Le Touret Memorial.

86479 Spr. Frank Bertram, 176th Tunnelling Company, Royal Engineers, was killed in action on 7 September 1915, aged 24. Bertram had formerly served as a Private in Dundee’s Own before being transferred to the Engineers.
He is commemorated on the Le Touret Memorial, Pas de Calais, France, Panel 1.

DUNDEE ENGINEER KILLED. Sapper F. Bertram, 41 William Street, Dundee, previously of the 4th Black Watch, but latterly attached to the 176th Company Royal Engineers, has been killed in action. Sapper Bertram was 24 years of age, and is survived by a widow and child. The Evening Telegraph and Post, Monday, 4 October 1915, 4.

Sapper F. Bertram, Royal Engineers, and lately a member of the 4th Black Watch has fallen in action on the western front.  Official intimation of his death has been received by his wife, who resides at 41 William Street, Dundee.  Deceased enlisted in the 4th Black Watch immediately on the declaration of war.  He went to France with his battalion, but after arriving there he was transferred to the 176th Company Royal Engineers.  He was 24 years of age, and is survived by a widow and child.

Can you tell us more about Frank Bertram'? Some additional facts, a small story handed down through the family or perhaps a picture or an heirloom you can share online. Contact our curator...