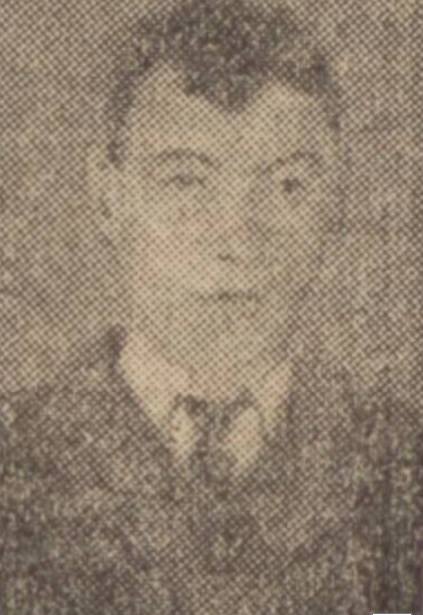 1655 Pte. William Black, 1st Black Watch, died of wounds on 21 December 1915, aged 26.
The son of James of Sarah Jane McMahon Black, 9 Ford’s Lane, Dundee, William was a regular soldier, having served some seven years with his regiment. The attached newspaper report suggests he served with the 2nd Black Watch, and accompanied the Battalion from India. However, it seems he was in France with the 1st Black Watch from late September 1915.
He was wounded at Loos and despite initially optimistic reports, died in hospital at Reading following the amputation of his leg.
Pte. William Black is buried in Dundee Western Cemetery.DUNDEE BLACK WATCH PRIVATE DIES FROM WOUNDS IN AN ENGLISH HOSPITAL. Pte. William Black, eldest son of Mr Jas. Black, 9 Ford’s Lane, Dundee, has died in hospital at Reading from the effects of wounds received on 28th Sept. at Loos. Deceased, who was latterly attached to the 1st Black Watch had been seven years in the army. He came over with the 2d Black Watch from India, but after being under treatment in a French hospital was transferred into the machine gun section of the 1st Battalion. He was then in the same battalion as his brother John.
At Loos William was wounded about the leg, and at first his injuries were not regarded as being of a particularly serious nature. Complications, however, set in, and it was found necessary to remove the foot. This was followed by the amputation of the leg, but still medical skill did not succeed in saving his life. Deceased was 26 years of age. The funeral will take place in Dundee this afternoon.
John Black, deceased’s brother, who is also in the 1st Black Watch, is now at the front for his third spell of duty. He was wounded once, and on another occasion was placed on the invalided list as the result of frostbite. Alexander, the youngest son, is a member of the 2/4th Black Watch. The Courier, Friday, 24 December 1915, 6.

Can you tell us more about William Black'? Some additional facts, a small story handed down through the family or perhaps a picture or an heirloom you can share online. Contact our curator...