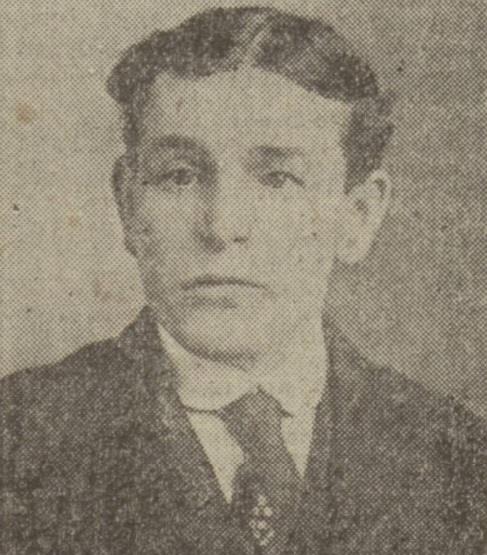 On this day: 3379 Pte. James Ritchie Blues, A Company, 4th Black Watch, ‘Dundee’s Own’, was killed in action in France, aged 26. He is buried in Guards Cemetery, Windy Corner, Cuinchy, Pas de Calais, France, VI. F. 41.
Blues was an original member of the 4th Battalion, which sailed from Southampton onboard the S.S. Rossetti on 24 February 1915, arriving at Havre on 26, with a strength of 30 Officers and 860 Other Ranks.

Mrs Blues, 3 Campbell Street, Lochee, has received a letter from a second-lieutenant stating that her son, Private James Blues, a member of the 4th Black Watch, was killed in action on 23rd May.

Private Blues, who was 25 years of age, enlisted in “Dundee’s Own” on the outbreak of war, and was formerly employed as a warehouseman.  Mrs Blues’ younger son, Henderson Blues, is a member of the Army Service Corps.  He has served twelve months with his regiment, and attained the age of 21 on the day that his brother was killed.

Can you tell us more about James Ritchie Blues'? Some additional facts, a small story handed down through the family or perhaps a picture or an heirloom you can share online. Contact our curator...