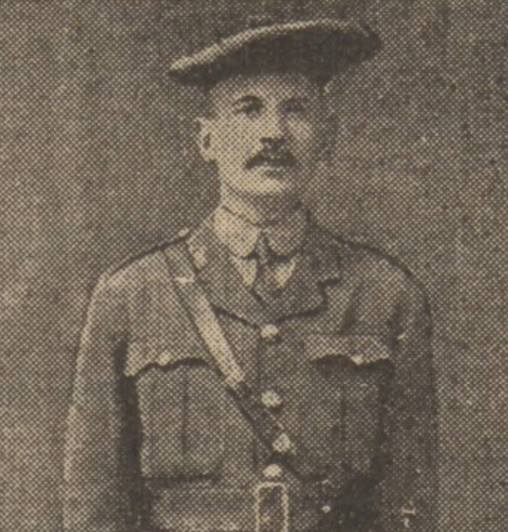 DUNDEE BOYS IN FRANCE. UP TO THE KNEES IN MUD. The 4th Black Watch have recently experienced the troubles of excessively wet weather in France, but by his time they are probably enjoying a rest. Writing under date 14th inst. to friends in Dundee, a non-commissioned officer says: –
“The battalion returned from the trenches on the 11th after a ten days’ spell – the rottenest ten days we have yet had since coming here. Both the weather and the enemy contributed to making our stay miserable, but I believe the weather had the worst effect. The first few days in were grand, then the rain came down. We had four days and nights of it, and in a newly-dug trench – for we were holding advanced ground – wet soon makes a devil of a mess. We were up to the knees, ay, and sometimes over, in mud and water, and all the time rations had to be brought, working parties arranged, companies shifted, &c.
“The when the weather was at its worst the Germans commenced shelling, and didn’t they give us it hot! They kept it up for three days, when we were relieved. A Company had two men killed and four wounded. We have been lying in brigade reserve since, and hope to go back for a rest one of these days. We think we deserve it too. We were all very much cheered to read Churchill’s speech about the Dardanelles. One of our officers gave us a paper with the speech in the trenches – and in the rain – and it bucked us up more than anything. And good old Captain Boase, too” We all recognised him in the ‘Courier’ photo.
“I could tell you a few incidents of his bravery and unselfishness, but will confine myself to this one. After having walked wounded to the first-aid post, he looked in, and seeing the doctor very busy asked how far it was to the next dressing station. Someone said, ‘Two miles.’ ‘Oh,’ said Captain Boase, ‘we’ll just go on then.’ But the doctor wouldn’t allow it.
“One of the Dundee Red Cross motor cars passed here the other night. The inmates got a cheery send-off, I can tell you. The Courier, Friday, 18 June 1915, 7.

Captain Edgar Leslie Boase, 4th Black Watch, a prospective Unionist candidate for Dundee, appeared on stage with Churchill when he addressed the Kinnaird Hall on 5 June 1915.
Boase, the son of W. L. Boase, Binrock, Dundee, had gone to France with the ‘Fourth’ in February 1915. He was associated with the textile trade being a partner in a firm in Leven, Fife.
He was wounded and later returned to the front attached to the 7th (Fife) Battalion. He was killed in action on 30 July 1916, leading his men into High Wood. Captain Gillespie of St Andrews had been killed almost immediately, and Boase offered to take his place. ‘He stepped into the breech with promptitude, and went on at the head of his men despite the fact that he had no belt on and no revolver. All that he carried in his hand was a map of the German trenches.’ ‘His death occurred during a more than plucky effort to prevent the instant death of the men under his command, and involved almost certain death to himself, of which he was fully aware’.

Can you tell us more about Edgar Lesley Boase'? Some additional facts, a small story handed down through the family or perhaps a picture or an heirloom you can share online. Contact our curator...