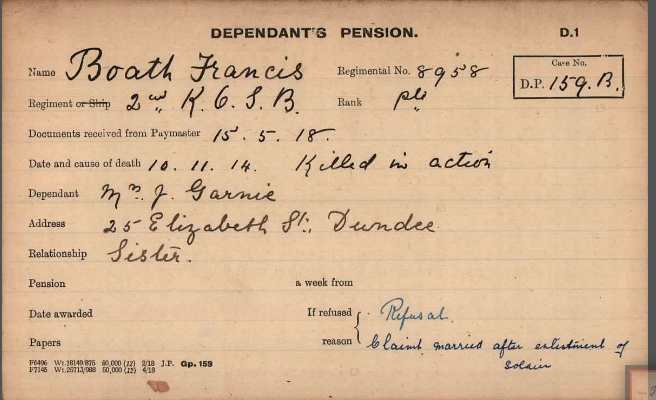 Francis has no known grave but is remembered on the Le Touret Memorial.

Private Boath was killed in action on 10th November.  The announcement of his death was received by his sister, Miss Sarah Boath, who lives at 25 Elizabeth Street.  Private Boath, who was about 30 years of age, was a reservist, and when called up was a dye-worker.

Can you tell us more about Francis Boath'? Some additional facts, a small story handed down through the family or perhaps a picture or an heirloom you can share online. Contact our curator...