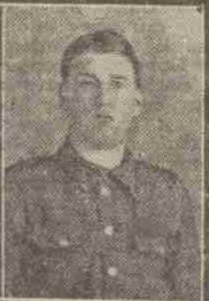 Private John Brash, Argyll and Sutherland Highlanders, son of the late Mr Richard Brash, engine driver, Dundee, was killed in action on 7th inst.  He was 18 years of age and enlisted eight months ago.  He formerly resided with his aunt, Miss Grace Brash, 13 School Wynd, Kinross.

Can you tell us more about John Brash'? Some additional facts, a small story handed down through the family or perhaps a picture or an heirloom you can share online. Contact our curator...