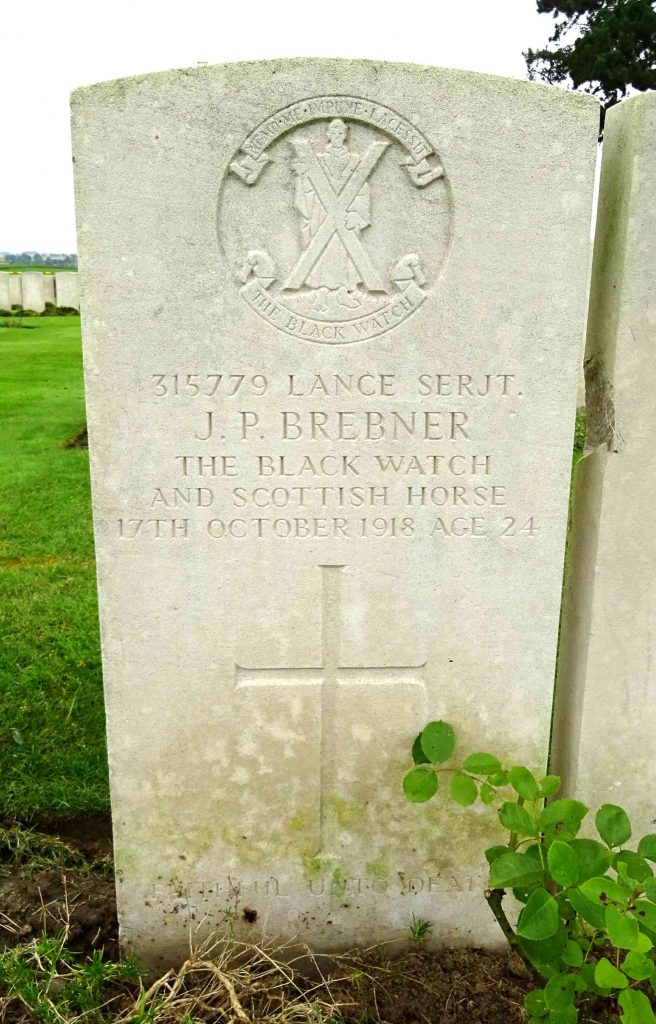 Corporal John Brebner, Black Watch, has been killed in action.  Corporal Brebner enlisted in the Scottish Horse in 1914, and went through the Gallipoli campaign.  After the evacuation of the peninsula he proceeded to Egypt, and thence to the Macedonian front, where he was wounded last year.  He was recently drafted to France with his battalion.  Corporal Brebner received his education at Harris Academy and served his apprenticeship in the office of Messrs Thoms & Wilkie, architects, Reform Street,  He was a son of Mr James Brebner, formerly rector of the Harris Academy, who resides at 2 Scotswood Terrace.

Can you tell us more about John Philip Brebner'? Some additional facts, a small story handed down through the family or perhaps a picture or an heirloom you can share online. Contact our curator...