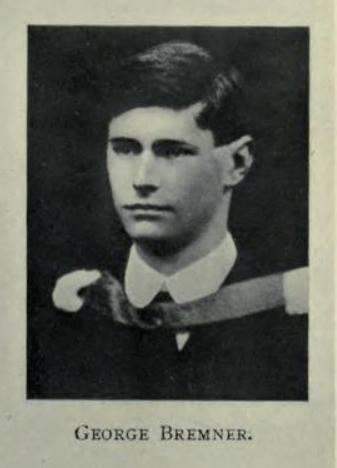 George is remembered on The Grove Academy, Broughty Ferry, Roll of Honour.

Lieutenant George Bremner, King Street, Broughty Ferry, son of the late Mr George Bremner, has just arrived home on furlough after being wounded in the foot.  He has been awarded the Military Cross for an act of gallantry on active service.

Temp. Lt. George Bremner, R.E. For conspicuous gallantry during operations on many occasions, notably when he worked in the open for four hours directing wiring operations, and when he laid out a redoubt 600 yards in front of our line.

Mrs George Bremner, Fiunary, East King Street, Broughty Ferry, has been notified that her son, Major George Bremner, R. E., has been killed in action on 23rd March.  Major Bremner, who joined the colours in 1914, won the Military Cross some time ago, and has also been mentioned in despatches.  On leaving University, where he made his mark as a student and gaining honours, he was engaged with Messrs MacAlpine & Son, civil engineers, Hartford, and gave promise of a brilliant career.  The gallant officer was twenty-five years of age, and a son of the late Mr George Bremner.

Can you tell us more about George Bremner'? Some additional facts, a small story handed down through the family or perhaps a picture or an heirloom you can share online. Contact our curator...