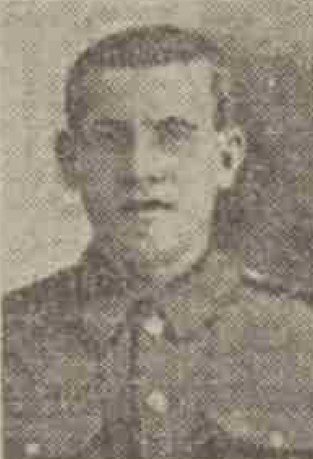 This man also has an entry on the original Dundee Roll of Honour and the Peoples Journal Dundee War Memorial Supplement issued May 16, 19125 under the name, BROWNE Arthur. This man is also listed as residing at 21 Hill St, Dundee.

Information has been received that Private Arthur Brown Seaforth Highlanders, who resided at 21 Hill Street, Dundee, was killed in France on 21st December.  Prior to enlistment he was employed as a blacksmith in Strathmartine Road Dundee.  Private Brown enlisted in May last year, and went to the front in September.  He was married to a daughter of Police-Constable James Suttie, Broughty Ferry, and has left two of a family.

Can you tell us more about Arthur Brown'? Some additional facts, a small story handed down through the family or perhaps a picture or an heirloom you can share online. Contact our curator...