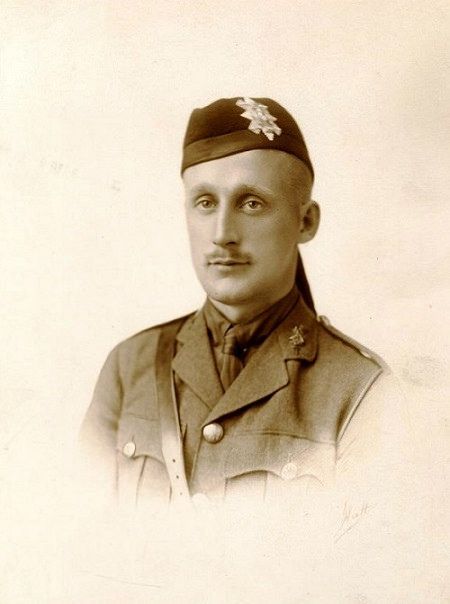 Captain Aitken Brown, Black Watch, is the youngest son of Mrs John Brown, 34 Thomson Street, Dundee.  At the outbreak of war he was in the London office of Messrs Brown & Tawse, iron and steel merchants.  He immediately threw in his lot with the London Scottish, and after six months with the battalion in France he returned to this country for his commission, being posted to the Black Watch.  Except for a short period when he was attached to the divisional headquarters.  Captain Brown saw much heavy fighting, through which he came scathless until 21st March.  He was in the act of rallying his men in a stiff engagement when he was struck by a bullet.  Mrs Thomson has two sons still serving.

Can you tell us more about Aitken Brown'? Some additional facts, a small story handed down through the family or perhaps a picture or an heirloom you can share online. Contact our curator...