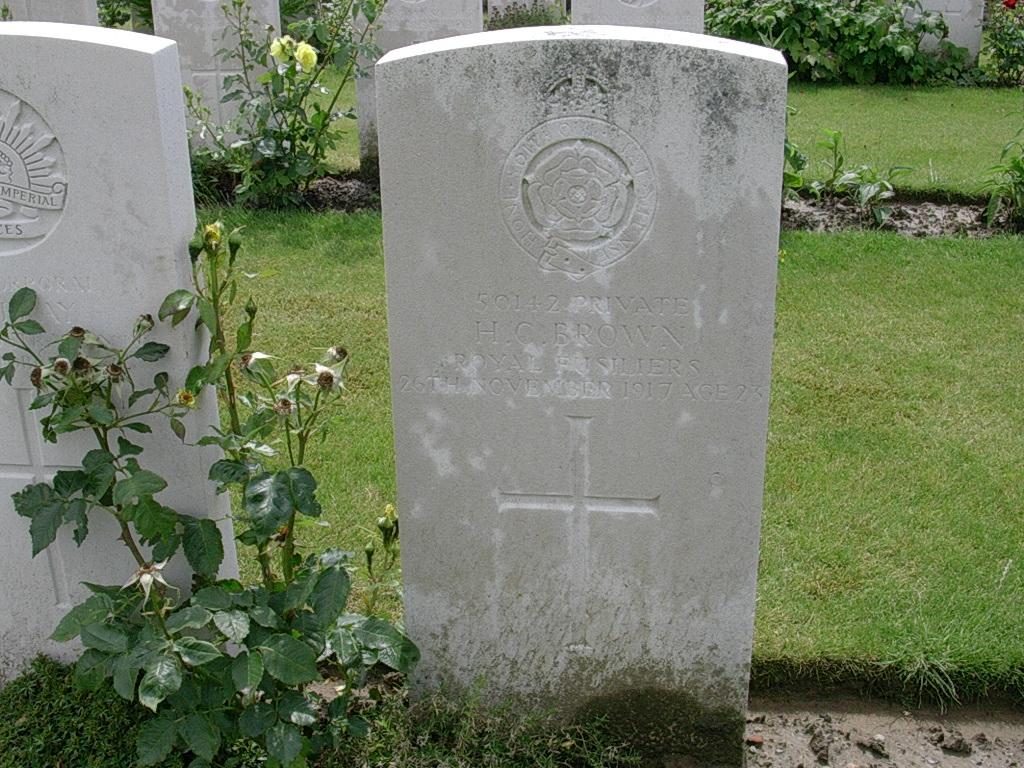 Private Harold C. Brown, Royal Fusiliers, was killed in action on 26th November last.  Deceased was the youngest son of Mrs R. H. Brown, Unionbank, Tofthill, Lochee, and joined up in May, 1916, leaving for France in November of the same year.

Prior to enlisting he was accountant in the Royal Bank at Monifieth.  He served his apprenticeship with Mr D. Henderson in the Royal Bank of Scotland, Lochee.  In his final examination at the Bankers’ Institute he passed ninth for Scotland, being in the honours list.  He was twenty-three years of age.

Can you tell us more about Harold Cellars Brown'? Some additional facts, a small story handed down through the family or perhaps a picture or an heirloom you can share online. Contact our curator...