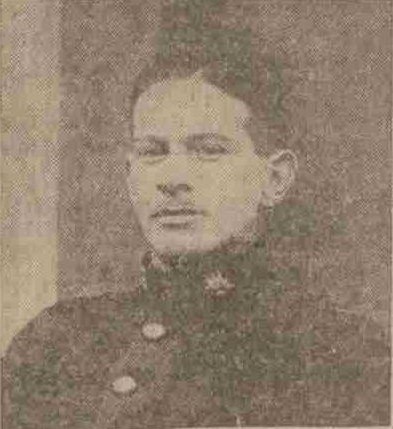 Willian has no known grave but is remembered on the Helles Memorial.

Mrs Brown, 15 Tannadice Street, Dundee, has received official intimation of the death of her son Private William Brown, of the K.O.S.B.  Private Brown, who would have attained his 26th birthday on the 31st of this month, was killed in action on 14th May.  He had been eight years in the army, and for the past six years had been in India.  In February of this year he obtained four days’ leave, and paid a visit to his home.  Before joining the army he was employed in Parker’s Foundry.

Can you tell us more about William Brown'? Some additional facts, a small story handed down through the family or perhaps a picture or an heirloom you can share online. Contact our curator...