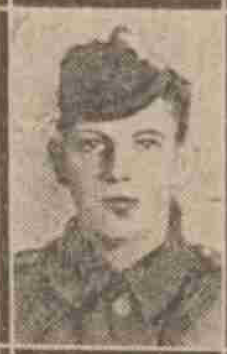 William has no known grave but is remembered on the Loos Memorial. Believed to be the brother of Pte Edward Bryant S/9258, 6th Battalion Seaforth Highlanders, who was killed in action 22.03.1918.

Private William Bryant, of the 6th Cameron Highlanders, has been missing since 26th September, the information being contained in a letter from his company officer.  Private Bryant was 23 years of age, and was one of three brothers who are serving with the colours.  He is a son of Mr G. E. Bryant, district manager of the Liverpool Victoria Legal Friendly Society, 24 Baldovan Terrace.  Prior to the outbreak of war he was in the employment of the Glasgow Guardian Society, Limited, and enlisted in August.  He went to France about two months ago.  One of his brothers is in the Royal Naval Division (Anson Battalion), and has been at Gallipoli since May.  The other is in training with the Seaforth Highlanders.

Can you tell us more about William Bryant'? Some additional facts, a small story handed down through the family or perhaps a picture or an heirloom you can share online. Contact our curator...