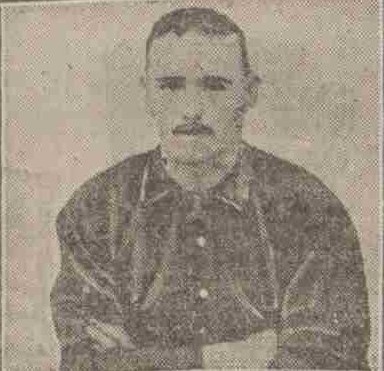 Robert has no known grave but is remembered on the Le Touret Memorial. According to various Census Robert also resided at 44 Gray St, Lochee & Hillside Quarry, Lochee.

Upon Private John Buist, a Dundee soldier of the 1st Black Watch, fell the painful duty of having to apprise his aged mother of the death of his brother, Private Robert K. Buist, of the same regiment.

Private John explained that his brother was a victim in the memorable charge at La Bassee.  He was only 50 yards distant from Robert when a companion told him that his brother had had his blown off some little time previously.

From inquiries which he afterwards made John ascertained that what he had been told was only too true.

Deceased, who was 39 years of age, resided with his parents at 66 Coupar Street, Lochee, and was employed as a miner in one of the Lochgelly pits for a time.  He had served for about eight years in the Gordon Highlanders, establishing a reputation for himself as a footballer in that regimental team.  At the outbreak of war, he re-enlisted in the Black Watch.

Can you tell us more about Robert Kennedy Buist'? Some additional facts, a small story handed down through the family or perhaps a picture or an heirloom you can share online. Contact our curator...