We need you to tell us more about the life and times of William S. Burnett 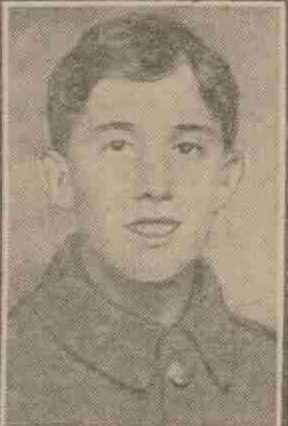 Two sons of Mrs Burnett, 25 Catherine Street, Dundee, have been killed in action.  Cpl. W. S. Burnett. a younger brother, was killed on April 26.  He was only 17 years of age.  Prior to enlistment Cpl. Burnett was employed in the works of Malcolm Ogilvie & Co., Ltd., Dundee.

Can you tell us more about William S. Burnett'? Some additional facts, a small story handed down through the family or perhaps a picture or an heirloom you can share online. Contact our curator...