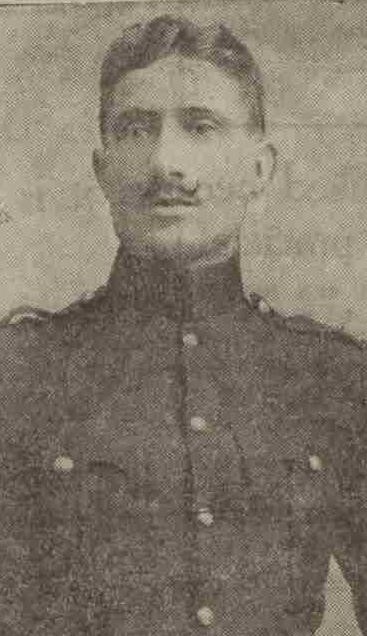 News has been received by his wife, who resides at 14 Balmore Street, Dundee, that Sergeant W. S. Burnett, 1st Suffolk Regiment, has been missing since 8th May.

Sergeant Burnett is a native of Dundee, and his parents reside in Park Avenue.  He had been in the Suffolks for about ten years, and some eighteen months ago was promoted sergeant.  He was stationed with his regiment in Egypt when war broke out.  He went to France in January, and since then has seen much fighting.  Of fine physique, Sergeant Burnett was an enthusiastic soldier, and the news that he is missing will be learned with great regret.

Can you tell us more about William Simpson Burnett'? Some additional facts, a small story handed down through the family or perhaps a picture or an heirloom you can share online. Contact our curator...