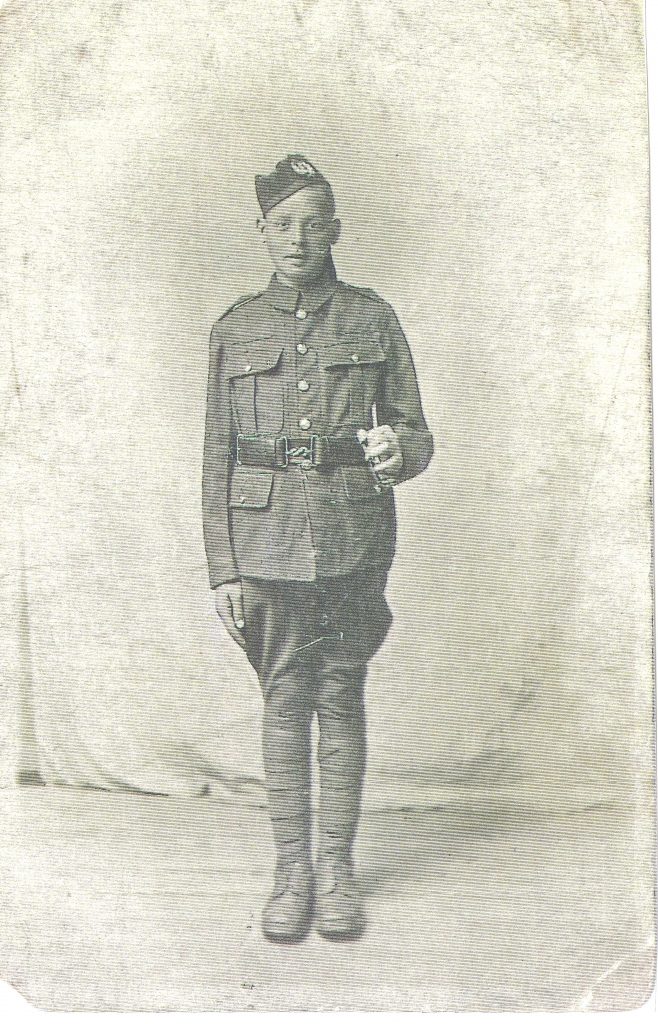 Official intimation has been received by Mr James Burns, 29 Blackness Road, Dundee, that his son, Private Bernard Burns, Scottish Rifles, was killed on the 14th April.  Private Burns, who was only 18 years of age, enlisted in June, 1916, and had been at the front for about six months.  Deceased was previously employed in Queen Victoria Works, Dundee.  His father has been discharged from the army, having lost his right arm.

Can you tell us more about Bernard Burns'? Some additional facts, a small story handed down through the family or perhaps a picture or an heirloom you can share online. Contact our curator...