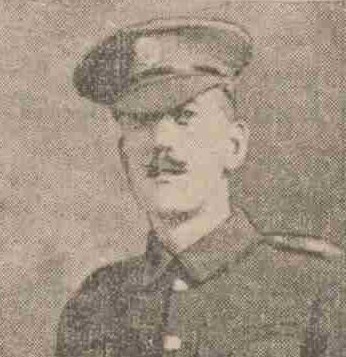 Official intimation has been received of the death in action on 26th December of Corporal Robert Cameron, of the Scots Guards.  Corporal Cameron, who was a son of Mr Wm. Cameron, coal merchant, Charles Street, enlisted in December, 1915.  He was 25 years of age, and prior to joining the colours was employed by his father.

Can you tell us more about Robert Cameron'? Some additional facts, a small story handed down through the family or perhaps a picture or an heirloom you can share online. Contact our curator...