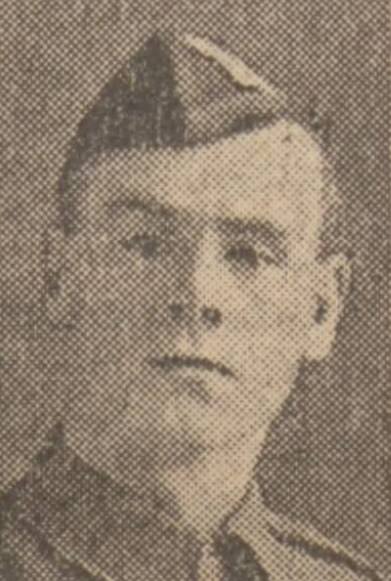 201325 Cpl. John Cassidy, 4/5th Black Watch, was awarded the Military Medal for assisting in the rescue of a wounded comrade. Notification of his decoration appeared in The Courier on 4 September 1916. Tragically, and unknown to those back home, Cpl. Cassidy was one of those who had fallen in his battalion’s unsuccessful attack on Beaucourt-Hamel the previous day.

DUNDEE MAN WINS MILITARY MEDAL. Another Dundee man has been awarded the Military Medal for bravery on the battlefield.
The recipient of the decoration on this occasion is Corporal J. Cassidy, of the Black Watch. The gallant corporal assisted two n.c.o.’s to bring a wounded comrade back to the British lines under heavy shell fire, and alone brought in a number of boxes of ammunition at considerable personal risk.
Corporal Cassidy, whose wife resides at 7 Rosebank Road, Dundee, was at one time in the Perth Militia. He went out to Canada over three years ago, and returned to Dundee about fourteen months ago to enlist in the Black Watch. Corporal Cassidy has been at the front for almost nine months. The Courier, Monday, 4 September 1916, 4.

Can you tell us more about John Cassidy'? Some additional facts, a small story handed down through the family or perhaps a picture or an heirloom you can share online. Contact our curator...