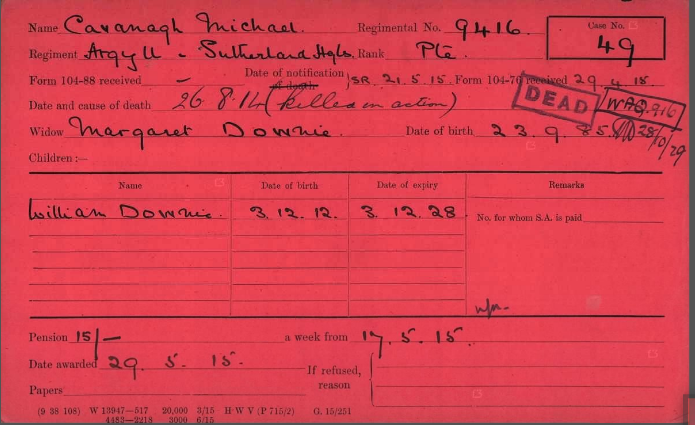 Information has been received of the death in a prisoners’ camp in Germany of Private Michael Cavanagh of the Argyll & Sutherland Highlanders.  Private Cavanagh’s wife resides at 41 Loons Road, Dundee.  Death is stated to have occurred on the 17th of April.

CAVANAGH―Died in a German hospital, on the 17th of April, Private Michael J. Cavanagh, No. 9416, 2d Batt. A. and S. Highlanders. – Inserted by his sister-in-law, Mrs Mitchell, 28 Pitfour Street, Dundee.

Can you tell us more about Michael Joseph Cavanagh'? Some additional facts, a small story handed down through the family or perhaps a picture or an heirloom you can share online. Contact our curator...