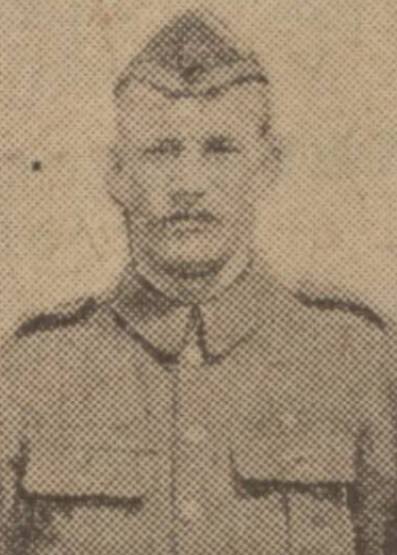 On the evening of 2 August 1916, 3240, Pte. Alexander Chalmers, 4/5th Black Watch, was killed in action while part of a wiring party, aged 40. A veteran of the Boer War, Chalmers lived at 15 Blackness Road, and was employed as a slater before the war.

DUNDEE BLACK WATCH MAN KILLED WHILE ERECTING WIRE IN FRONT OF TRENCHES. Mrs Chalmers, 15 Blackness Road, Dundee, has received intimation of the death of her husband, Private Alex. Chalmers, Black Watch.
A captain, writing to Mrs Chalmers, says: – “Your husband was killed in front of the trenches on the night of Aug. 2. He was one of a party who were putting out wire in front of our line. This work always requires brave and cool men, and, of course, is absolutely necessary for the strengthening of our line.”
The deceased soldier, who was forty years of age, enlisted in October, 1914, and had been at the front for ten months. Prior to enlistment he was employed by Messrs Jas. Laburn & Son, slaters, 61 Constitution Road, Dundee.
Private Chalmers had previously seen service in the army, having come through the South African campaign. The Courier, Friday, 25 August 1916, 4

Can you tell us more about Alexander Chalmers'? Some additional facts, a small story handed down through the family or perhaps a picture or an heirloom you can share online. Contact our curator...