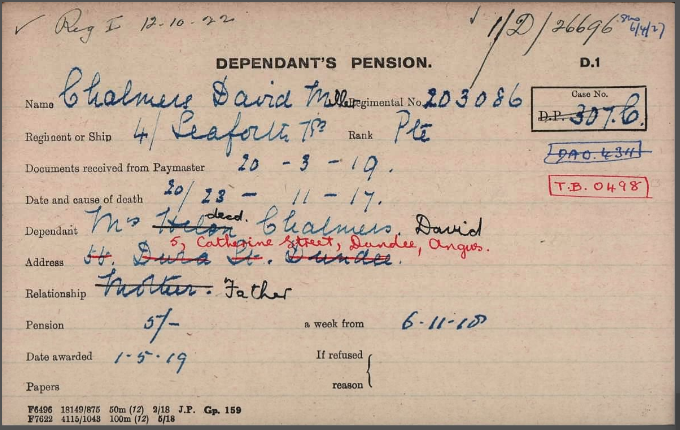 David was the brother of Pte Thomas K. Chalmers, 1646, Princess Patricia’s Canadian Light Infantry who was killed in action 08.05.1915.

Can you tell us more about David Miller Chalmers'? Some additional facts, a small story handed down through the family or perhaps a picture or an heirloom you can share online. Contact our curator...