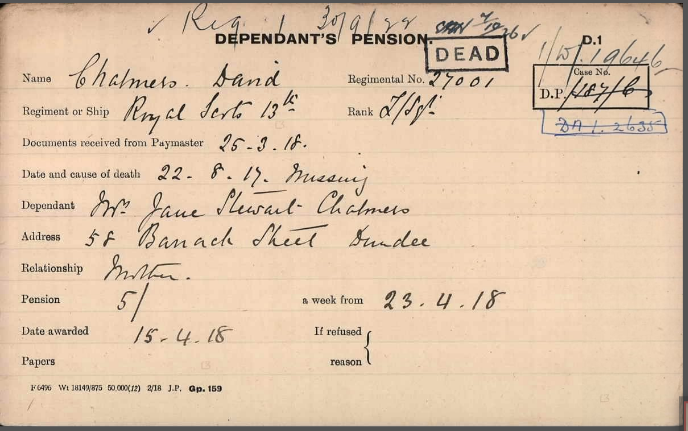 David has no known grave but is remembered on the Tyne Cot Memorial, he was the brother of 2nd Lieutenant James Stewart Chalmers, 12th Battalion, Argyll and Sutherland Highlanders, who died of wounds 07.10.1916.

Can you tell us more about David Chalmers'? Some additional facts, a small story handed down through the family or perhaps a picture or an heirloom you can share online. Contact our curator...