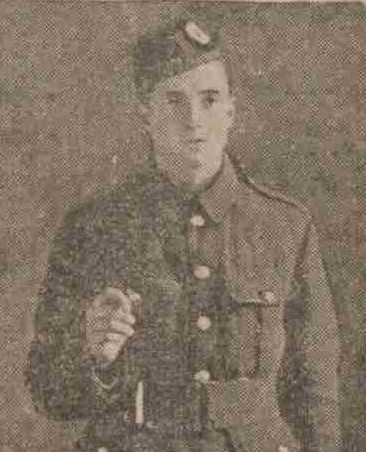 Deceased was only 18 years of age, and prior to enlisting in August of last year was employed at Seagate Sawmills. An older brother, Alexander, is in the Cycle Corps.

Can you tell us more about John Chalmers'? Some additional facts, a small story handed down through the family or perhaps a picture or an heirloom you can share online. Contact our curator...