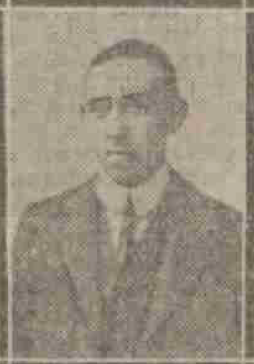 Private John Charles, R.S.F., son of Mr and Mrs John Charles, 35 Lawrence Street, Dundee has been killed in action.  Private Charles was previous to the war employed in Polepark Works, and joined up in February 1915.  He went to the front in July of the same year, and was wounded in October.  Deceased was 27 years of age.

Can you tell us more about John Charles'? Some additional facts, a small story handed down through the family or perhaps a picture or an heirloom you can share online. Contact our curator...