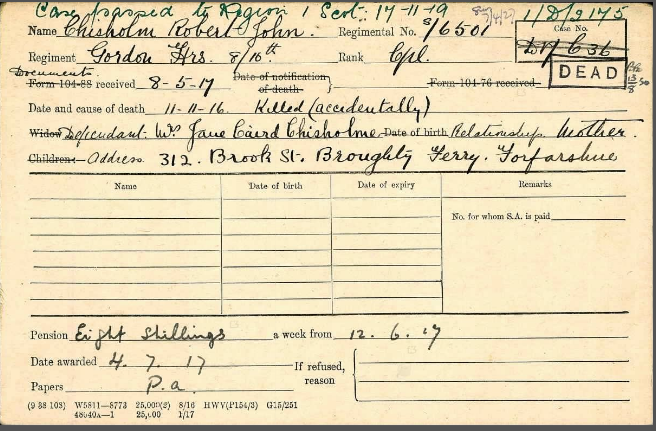 The corporal joined the colours fully two years ago, and had been three times wounded.  He was employed with Mr George Longair, carrier, when he enlisted.

Can you tell us more about Robert John Chisholm'? Some additional facts, a small story handed down through the family or perhaps a picture or an heirloom you can share online. Contact our curator...